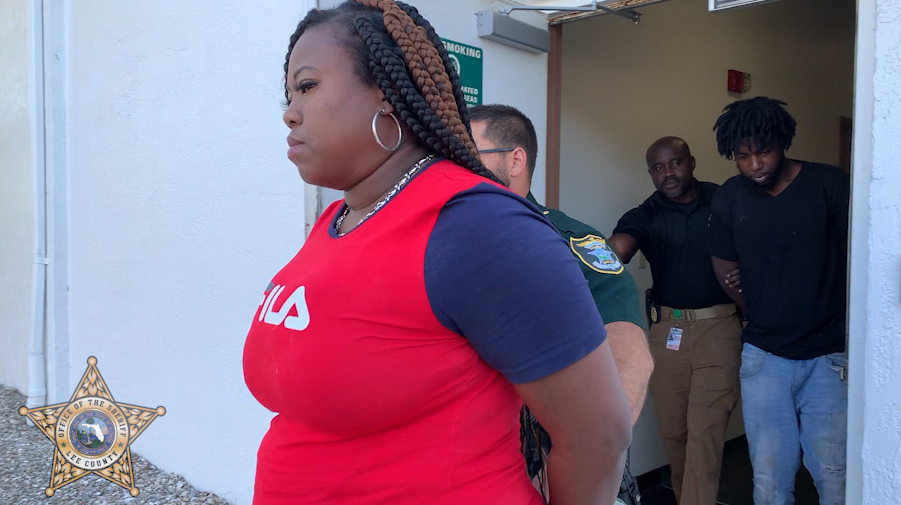 “I am outraged and will not tolerate acts of violence toward our deputies,” stated Sheriff Carmine Marceno. “I am so thankful our deputy is going to be okay.”

Deputies with the Lee County Sheriff’s Office were assisting with traffic control for an event at the Fort Myers Event Center, located at 1900 Park Meadows Drive in Fort Myers.

The event ended around 2 a.m. today, and deputies were directing traffic on foot.

A deputy hand-signaled for a tan GMC Denali to stop, but the driver ignored the command.

The driver of the GMC revved the engine and intentionally struck the deputy, knocking him to the ground.

The deputy immediately radioed for help to say a vehicle hit him and fled the scene. He was transported to a local hospital with non-life threatening injuries.

Nearby deputies spotted the GMC traveling north on Summerlin Road and attempted a traffic stop.

The driver continued to accelerate and lost control of the vehicle, jumping the median and rolling through a fence.

Deputies ran to the GMC to render aid and made contact with two occupants.

The driver was identified as Allaunah Williams (DOB 7/24/93).

Williams was arrested and charged with aggravated battery on a law enforcement officer with a deadly weapon and fleeing and eluding.

The passenger of the vehicle, Leonard Campbell (DOB 10/12/1994), was taken into custody for active warrants.

“Williams’ dangerous behavior put lives at risk,” stated Sheriff Marceno, “and she will now face the consequences of her actions.”