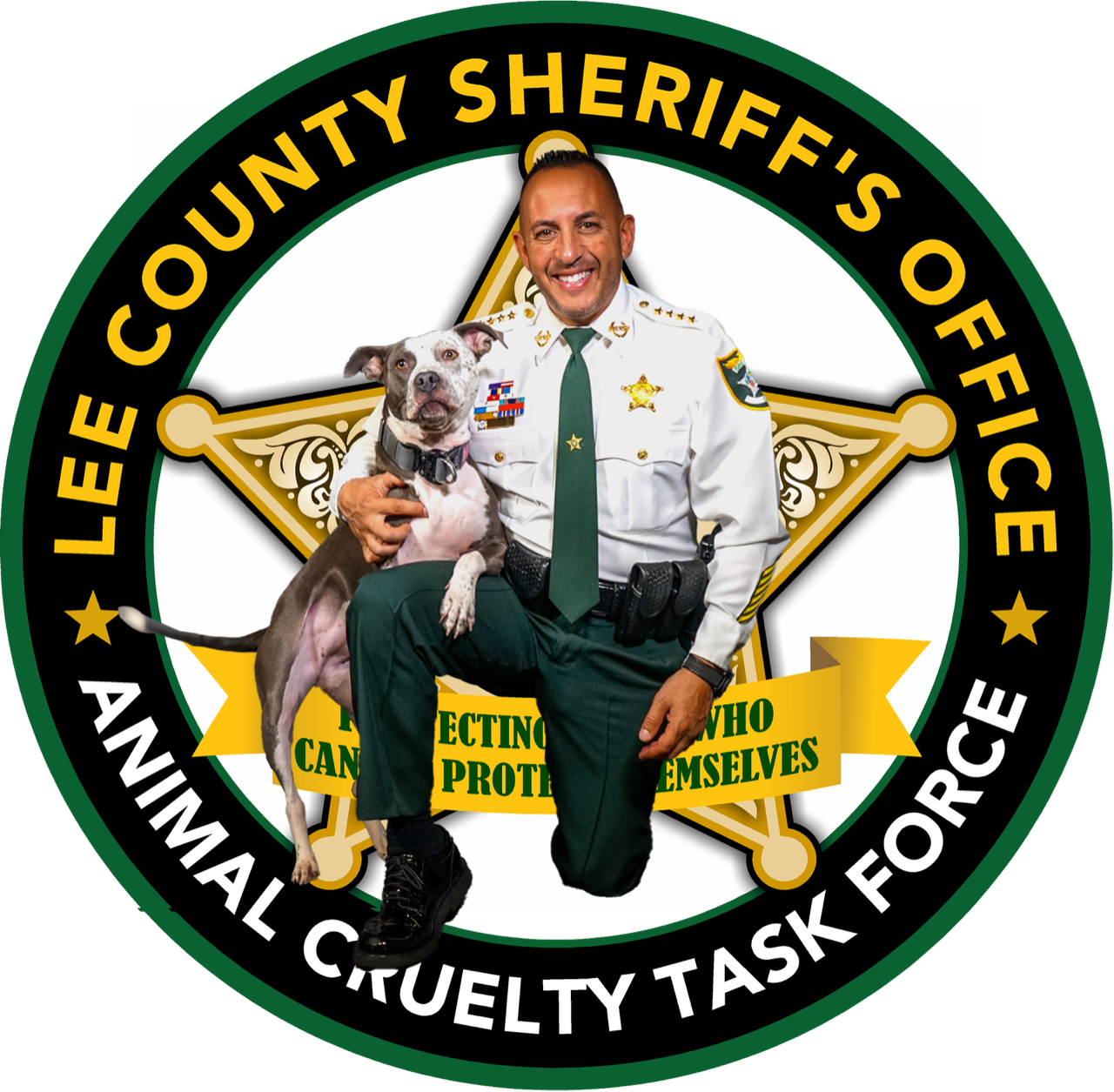 In April 2020, Sheriff Carmine Marceno announced an initiative to combat Animal Abuse within Lee County by establishing an Animal Cruelty Task Force, which will continue focusing on educating residents on animal abuse and neglect and enforcing Florida State Statute 828.12. The US Humane Society’s website notes that a study conducted by the Chicago Police Department from 2001-2004 revealed “a startling propensity for offenders charged with crimes against animals to commit other violent offenses toward human victims.” The Chicago Police Department study concluded 65% of individuals that have been arrested for crimes against animals have also been previously arrested for battery on a person. This is just the tip of the iceberg; the US Humane Society’s website informs that animal abuse is one of four predictors of domestic partner violence according to a six-year “gold standard” study conducted in 11 metropolitan cities. As such, Sheriff Marceno has selected experienced detectives to investigate all misdemeanor and felony animal abuse cases within the county. Sheriff Marceno has zero tolerance for animal abuse and will seek justice for those that cannot speak up for themselves.