The Lee County Sheriff’s Office has released a new podcast: Seeking Closure where detectives discuss some of Lee County’s most notorious cold cases. With hopes of finding new leads, this podcast will reach a wider audience and hopefully help to bring closure to the families of homicide victims in Lee County.

EPISODE 1:In this first episode, detectives give you an inside look into their case surrounding the death of David Comparetto. It started as an arson case and quickly turned into a homicide investigation when detectives found Comparetto’s charred remains in the trunk of a car in Lehigh Acres. A timeline of events was established, but the suspect responsible for his murder is still a mystery.

EPISODE 2:On September 13, 2002, at about 4:27 p.m., the Lee County Sheriff’s Office received a 911 call in reference to an unresponsive female at 350 Louise Avenue in Fort Myers, Lee County, Florida. The female was lying on the floor in the rear bedroom, bleeding from a gapping laceration to her neck. The victim also had a coaxial cable wrapped around her neck. The victim was identified as Sheila Joanne Foe, a white female born on October 22, 1956. 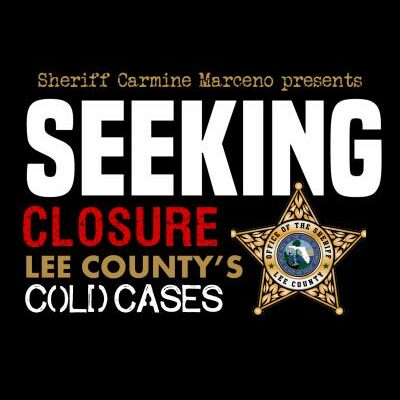