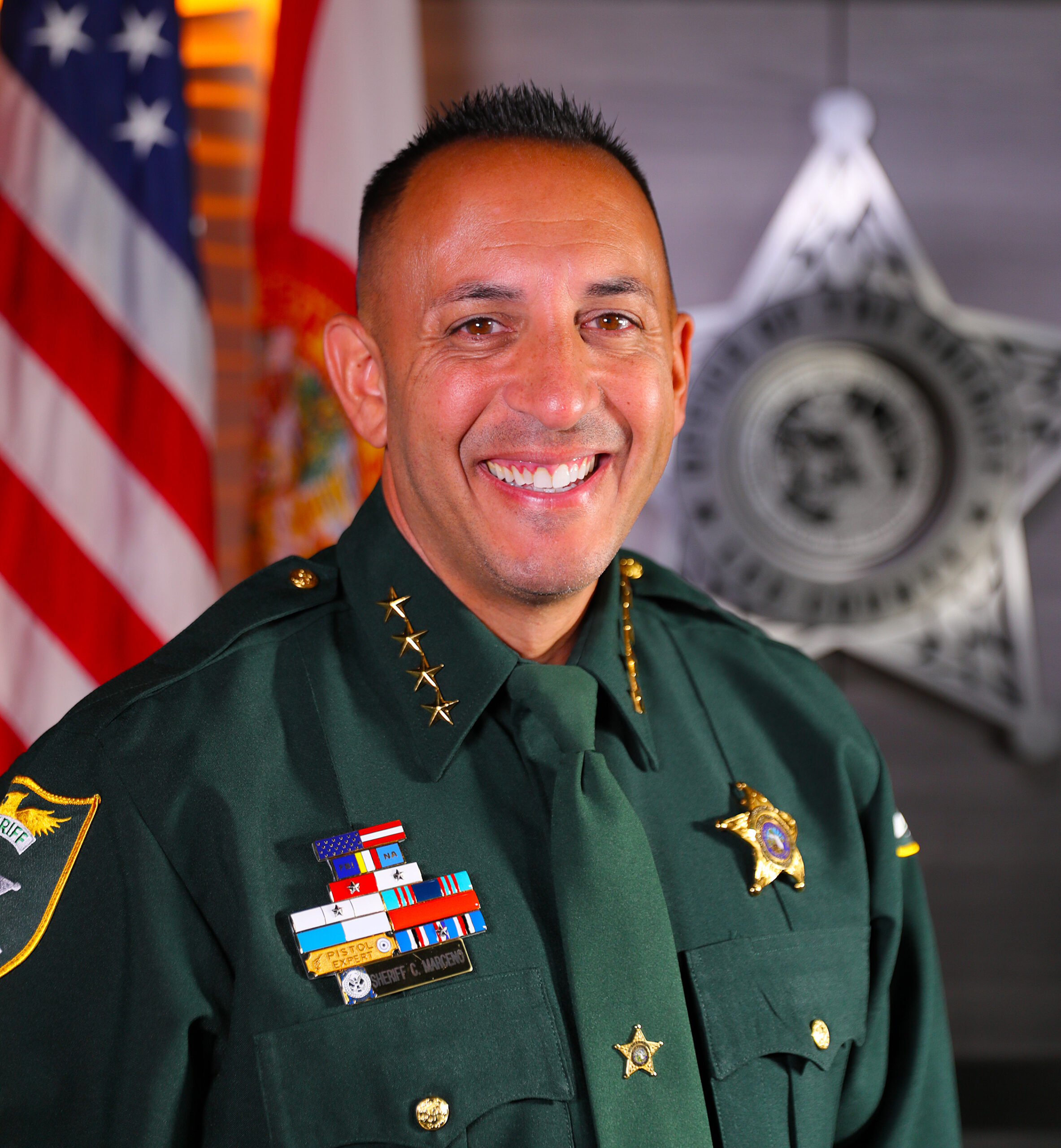 Sheriff Carmine Marceno was elected Lee County’s 13th Sheriff on November 3, 2020. He was appointed Sheriff of Lee County in 2018 by then-Governor Rick Scott.


While with CCSO, he worked as a Patrol Deputy and was a member of numerous specialty units within the agency. He transitioned to a larger public liaison role in community policing, eventually serving as Executive Officer.


Sheriff Marceno is the recipient of numerous awards and commendations. In 2012 he was awarded the Collier County’s Distinguished Public Service Award, given to the county’s top public servant.


In March 2017, Sheriff Carmine Marceno graduated from the prestigious FBI National Academy Session 267. The intense 10-week program is by invitation-only for law enforcement managers nominated by their agency because of demonstrated leadership. The grueling session includes course study, specialized training and physical challenges.