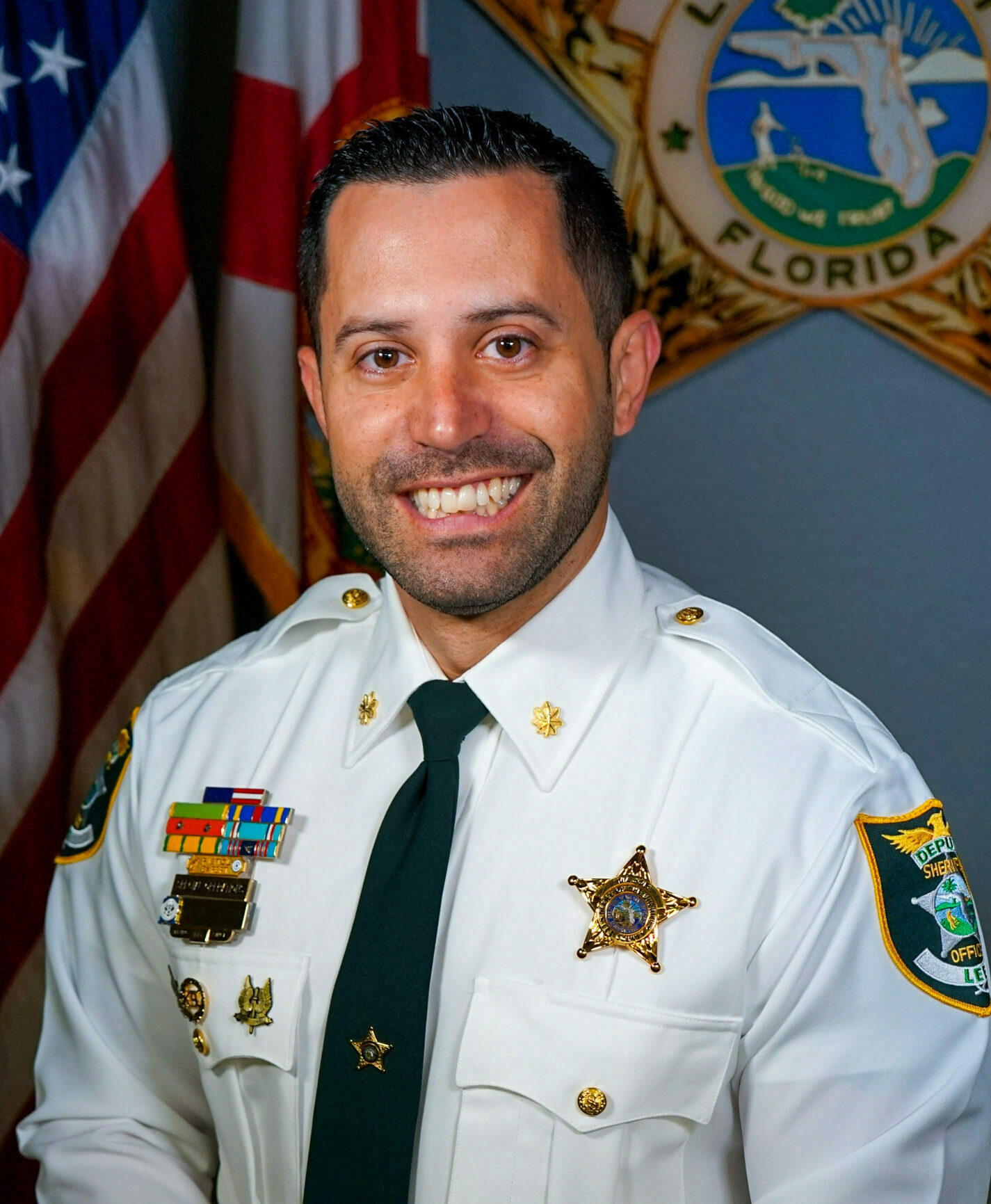 Major Bryan Perera began his career at the Lee County Sheriff’s Office Corrections Bureau in 2005. While there, he attended the Southwest Florida Law Enforcement Academy where he graduated top of his class and was awarded with the top academic award in 2007.


Major Perera then took on his next role as a deputy in our South District. Major Perera patrolled the streets of southern Lee County and served in a proactive Crime Suppression team.


Major Perera has been awarded several medals to include the combat cross, drug buster, unit citation, and exceptional service medal.