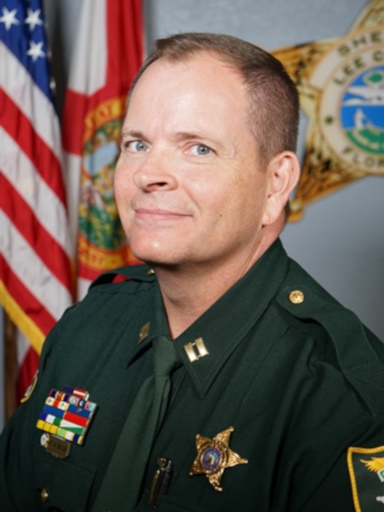 Captain Mark Mallard began his law enforcement career in 1997 with the Charlotte County Correctional Institution as a Correctional Officer. In 1999, Captain Mallard joined the Lee County Sheriff’s Office where he served as a patrol deputy. Prior to law enforcement, Captain Mallard served in the United States Marine Corp as a military policeman and member of the 3rd Light Armored Reconnaissance Battalion.

Captain Mallard holds an Associate’s degree in Criminal Justice from Florida Southwestern and a Bachelor’s degree in Business Management from Hodges University. In his spare time, he enjoys exercising to stay healthy and spending time with his family.