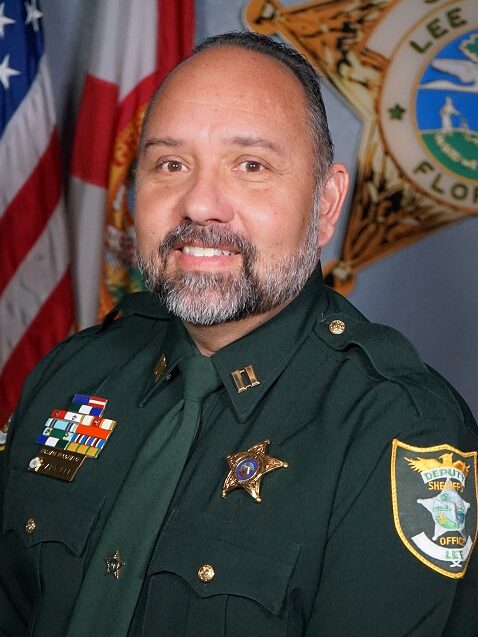 Captain Lee was previously the agency’s Deputy Incident Commander, responsible for operational oversight and the development of objectives, strategies and tactics in the event of a major emergency. He also assisted in coordinating with other public safety organizations, federal agencies and other personnel critical to these incidents. Captain Lee also served as a hostage negotiator for 18 years, most recently as the unit’s assistant commander.

Captain Lee grew up and was educated in Latin America. As a result, he is a polyglot, fluent in Spanish, Portuguese and English, which helped develop and shape his multi-cultural perspective. He has been a resident of Bonita Springs since 1993.

Captain Lee remains committed to the community he serves through active outreach and community level involvement and participation.