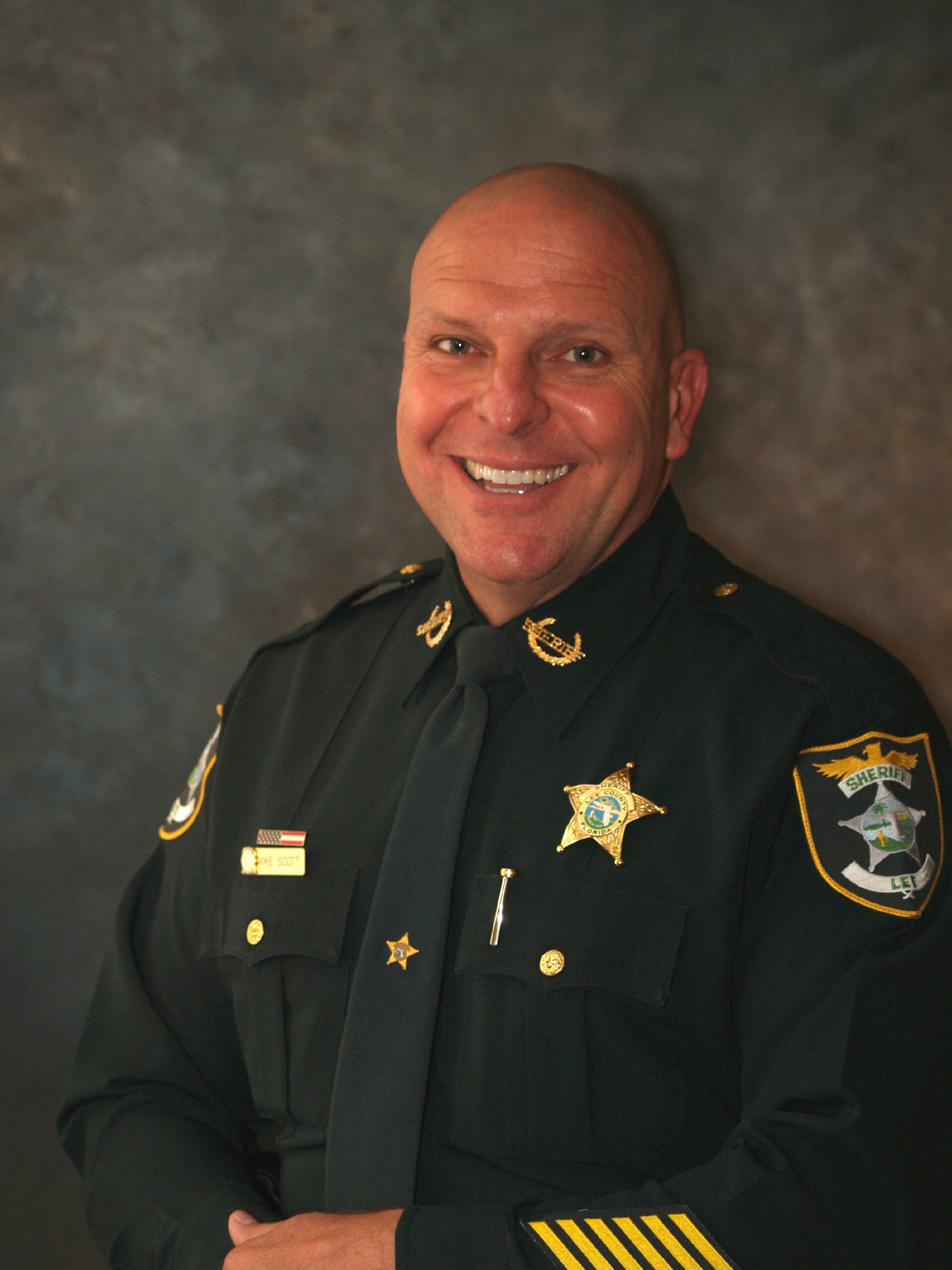 Traffic enforcement was a top concern for law enforcement and residents after 144 people died on Lee County roadways in 2005. Upon assuming command, one of Sheriff Scott’s first directives was to institute a zero-tolerance policy for aggressive and reckless driving. Lee County drivers got the message, and traffic-related deaths quickly fell. By 2011, the number of traffic-related deaths fell by half to 72. In addition to enforcement, Sheriff Scott emphasized prevention and safe driving practices with the Teen Driver Challenge in partnership with the Florida Sheriffs Association and the Senior Driver Program for older drivers in the community. Enhanced focus on recruitment and hiring processes, coupled with exceptional training, allowed the Sheriff’s Office to maintain the highest standards for law enforcement and corrections. It enabled agency members to meet demands related to increased population and residential and commercial construction. Between 2000 and 2010, Lee County gained 177,874 residents, which is higher than the county’s population during its first 87 years of existence. The 40.3 percent gain brought the county’s total population to 618,754, according to the U.S. Census Bureau. The agency’s operating budget rose in tandem with the population and peaked at $160.7 million in 2008-09 before declining nearly $20 million to $140.8 million just three years later before. It has since recovered to pre-recession levels. Additional resources allowed the agency to react to emerging community needs. Command Staff formed a six-person Child Abuse Investigative Unit in 2008 to investigate abuse and neglect after perceived failures by the Florida Department of Children and Families to effectively do so. The unit now annually evaluates thousands of abuse allegations from the DCF hotline, while the Violent Crimes Unit evaluates more than 500 DCF elder abuse cases, taking immediate action when necessary based on the abuse. Sheriff Scott considers transitioning from the best to worst economic conditions of our lifetime and maintaining a generous benefit package while avoiding layoffs and salary cuts his greatest accomplishment during his tenure. Fortunately, a reduction in jail populations allowed the reassignment of employees to lessen the impact of a lower budget. The agency also opened an employee health-care clinic in 2010 and expanded it the following year to help combat rising health-care costs. In 2008, Cape Coral-Fort Myers received the unwanted distinction of having the highest foreclosure rate in the nation, when more than 12 percent of housing units received a foreclosure related notice, according to RealtyTrac. The housing boom quickly went bust. The years of 2009 and 2010 were only slightly better for homeowners, when the region ranked No. 2 in the nation for foreclosures, with 11.9 percent and 8.4 percent of housing units receiving foreclosure notices, respectively. Deputies served a record number of Lis Pendens during this time, which triggered the start of the “rocket dockets” – judges blasted through foreclosure cases in less than 20 seconds. The large number of vacant houses created a climate in Lee County conducive to indoor marijuana cultivation, which spiked during the economic slowdown. Before the 1980s, marijuana cultivation was not recognized as a problem by most of Florida’s law enforcement agencies. In Lee County, as late as 2005 there were only four grow houses eradicated, but those numbers quickly grew. The number of grow houses peaked at 95 in 2007, according to Florida Department of Law Enforcement statistics, and then quickly began to drop as agency personnel stepped up enforcement efforts. The Sheriff saw increasing use of technology and specialized units as beneficial; however, the downside is that an agency can become stifled during outages. Specialized positions also can make it more difficult for employees to diversify and advance their careers. Despite all the changes in technology and training, Sheriff Scott believed law enforcement priorities had remained constant, which is to be responsive to citizen concerns and to be as proactive as possible to deter or interrupt crime while interacting in the community in civil and social channels. The agency persevered through the downturned and was prepared for better times ahead. “It was my lifetime honor and professional privilege to serve in this capacity and without exception my accomplishments, recognitions and achievements are to the credit of the men and women who are the LCSO,” he says.