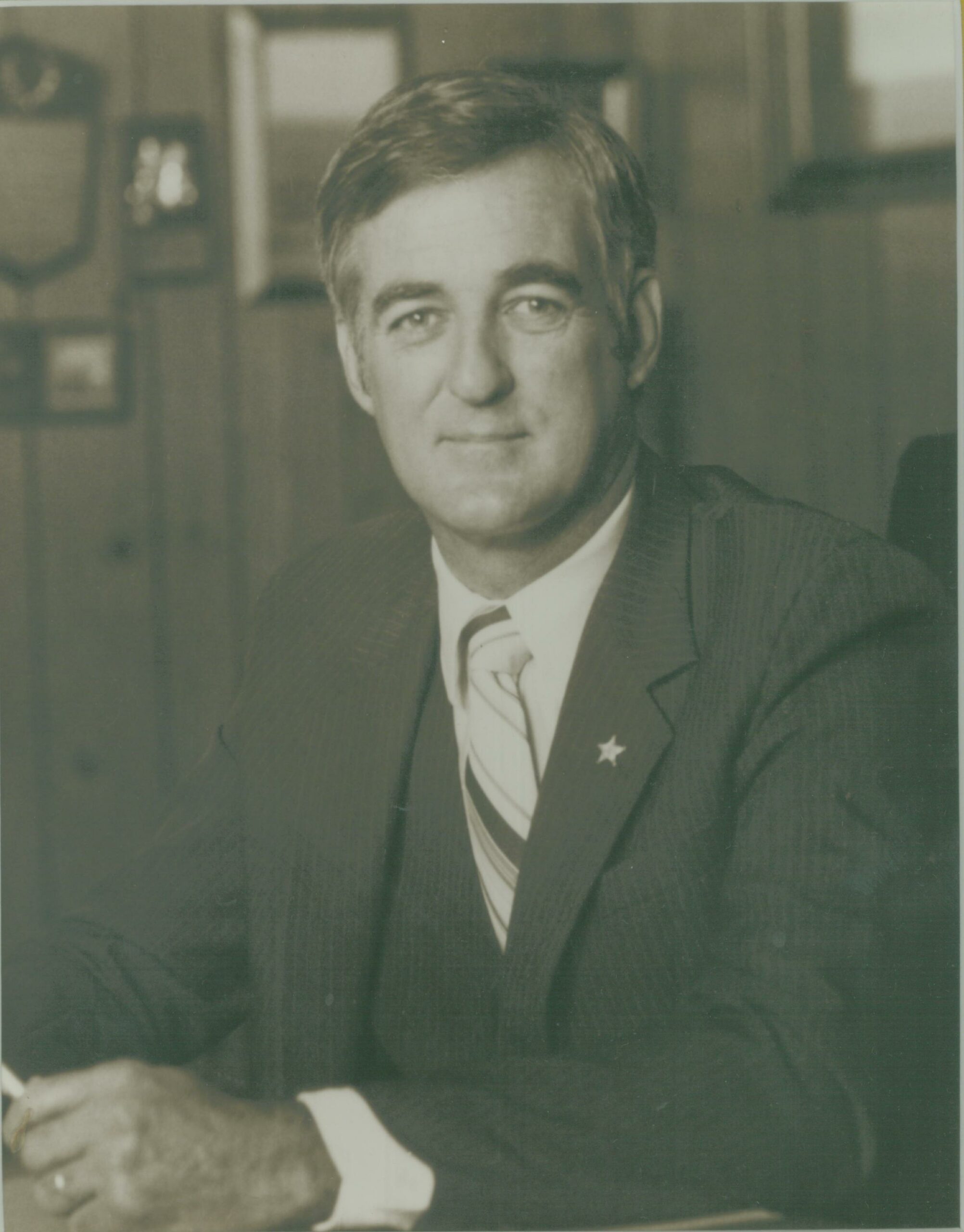 The 1972 election pitted an up-and-coming 34-year-old GOP lawman against the 57-year-old veteran Sheriff with more than 30 years of law enforcement experience. Youth prevailed for Frank Wanicka, leading to a generational shift and significant operational changes at the agency.

In the League of Women Voters of Lee County election guide, candidate Wanicka emphasized the need for specialization and manpower reorganization, as there were no specialized units in the Criminal Investigations Division at the time. He also promised to end the use of felons as trustees and house the trustees at the jail.

Candidate Wanicka specialized in narcotics investigations for three years before to his run. After taking office, he created a six-person unit that included three detectives, two undercover Deputies and a commander to combat the growing threat of smuggling occurring along the Southwest Florida coastline. Drug problems were only beginning to occur, with marijuana and small amounts of heroin and prescription pills turning up on the streets.

Looking back at his time as Sheriff, Wanicka recalls the need to modernize the department as his greatest challenge. “I don’t think we ever caught up to the rapid growth. It was a constant battle to get more Deputies and employees for all the expanding departments.” Areas seeing improvements included K9, Aviation, Crime Lab and Marine Patrol to name a few.

The new administration faced an immediate financial obstacle upon taking office: Nearly all of the annual budget not allocated to wages was spent, according to Gary Grosser, who worked at the Sheriff’s Department from 1973 to 1982 and was Lee County Port Authority Police Chief from 1991 to 2003. The county, business community and dedicated agency personnel all sacrificed to get the department through the year until the new funding cycle, he said.

Community Policing made its debut in 1976 with the hiring of Dennis Duffala as the agency’s first crime prevention officer and the start of the Neighborhood Watch program locally. “Crime Stop,” better known today as Southwest Florida Crime Stoppers, aired its first episode in September 1980 on all three network stations, with additional distribution to 22 radio stations and transcripts to the Fort Myers News-Press. With filming, editing and writing support from Edison Community College, episodes were three to four minutes long and included re-enactments.

The department’s growing professionalism extended to training. “New Deputies were required by the state to complete training before becoming a Deputy, whereas in the old days you hired somebody and their training consisted of riding with an experienced officer,” Duffala recalls.

Sheriff Wanicka inherited an agency that had made few technological changes since its inception. A study by the President’s Commission of Law Enforcement completed a few years before concluded that departments nationwide were not taking advantage of new technology and were relying on procedures from the 1930s and 1940s. As crime and population grew, new technologies and methods became imperative.

Under Sheriff Wanicka’s leadership, the agency began the transformation into a modernized policing department. The agency made the jump from paper records and hand-written reports to the use of computers. Computer Aided Dispatch (CAD) was introduced for the first time in the 1970s, simplifying and expediting dispatchers’ task of processing and responding to emergencies, and mobile VHF radios kept Deputies in constant contact with the agency even when they were away from their vehicles. The agency’s first crime lab became operational, significantly cutting down on the time it took to process evidence.

Doors were opening to Deputies who shared the same selfless attitude: Do whatever it takes to get a job done, often without regard to compensation, Grosser recalls. “It was a time of real learning, even if it was self-taught.” No one stuck to their four-day, 10-hour shifts, and Deputies always were on call. “You may be called in the middle of the night and work all the way through the following day’s shift.” The result was a cadre of highly skilled investigators who became the administrative foundation not only for this agency but also for other law enforcement agencies throughout Southwest Florida.

These changes helped the agency respond to a rapidly growing population. In fact, Southwest Florida led the nation in migration to the Sun Belt in search for the good life in the 1970s. According to the United States Census Bureau, the Fort Myers-Cape Coral area grew 94.2 percent between 1970 and 1980, making it the fastest-growing metropolitan area in the nation, with a county population of 205,266. This rapid growth constantly taxed agency resources, resulting in two successful trips to the state Capitol to request additional funding.

This rapid rise in population weighed heavily on the mind of the Sheriff, who served four terms. When interviewed in 1981 by the New York Times on the region’s growth, Sheriff Wanicka – who had a Bible on his desk and a rifle on the wall – was proud of Lee County’s high arrest rate, the highest in Florida, and low crime rate, the lowest in the state. But he also worried that high population growth would bring the worst of all possible worlds: “Another Miami.”