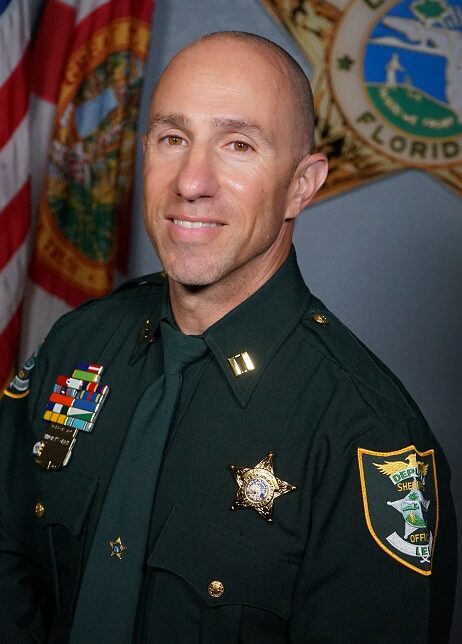 Captain Bernard Faccilonga began his law enforcement career with the Lee County Sheriff’s Office in March of 1998. He was assigned to the Corrections Bureau until 1999. In 1999, he transferred to the Patrol Bureau. He graduated in the top 10 percent of the 73rd Corrections Academy Class. Also, Captain Faccilonga was the valedictorian of the 91st Cross Training Corrections to Law Enforcement Academy and received a scholastic award.

Between 1999 and 2003, Captain Faccilonga served as a Deputy in North District and was a member of the district Crime Reduction Team.

In 2020, Captain Faccilonga was promoted to the rank of Lieutenant. He served as the patrol Lieutenant in both Central and West Districts. In November of 2020, he became the Administrative Lieutenant, the lieutenant over the West District Criminal Investigations Division. While a Lieutenant in West District, he was selected and served as a board member for the Fort Myers Beach Chamber of Commerce.

In June of 2021, Captain Faccilonga was promoted to the rank of Captain and assumed command of our Central District.

Captain Faccilonga was born in Brooklyn, New York. He graduated from North Fort Myers High School and was the recipient of the Florida Gold Seal Scholarship. He received an Associates in Arts Degree in Criminal Justice from Edison Community College.

In Captain Faccilonga’s spare time, he enjoys exercising to stay fit and mission ready and spending time with his family.