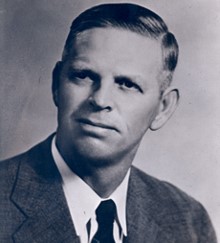 To celebrate his first 30 days in office, Sheriff Ellis announced a campaign to clean out all “Cuba” players, according to local news reports. Cuba is a form of gambling similar to bolita, only with the payoff made on the last two numbers of the official government lottery number in Havana. The numbers were announced every Saturday on Cuban radio stations. Two arrests were made immediately prior to the February 1945 announcement, with another two arrests in the same week of under a “work or jail” policy, with speculation being that they were known “Cuba” peddlers.

It appears no one was exempt. A July 1945 raid led to the arrest of prominent doctor M.F. Johnson and four others for operating a bolita game at the doctor’s residence. Further bolita arrests were reported in 1947. These efforts stopped gambling cold turkey, according to long-time resident Jimmy Flynn.

Florida’s persistent gambling problems can be attributed, in part, to its destination as a tourist state, according to “Case Studies of the Sheriff’s Office in Three Florida Counties” by Claude J. Johns and published in 1953. Some tourists came just to gamble, with professional gamblers following to take the proceeds.

Lee County’s military installations – Page Field Air Base and the Buckingham Gunner School – both closed on Sept. 30, 1945, according to the Spring/Summer edition of Tampa Bay History. Buckingham then became headquarters to Lee County Mosquito Control, while Page Field reverted to the county and served as the only commercial airport until 1983. Barracks at Buckingham Air Field were used for three years by Edison College, but the barracks closed in the summer of 1948.
Flynn leveraged his law enforcement experience at Buckingham Air Field to successfully run for Lee County Constable in 1944, with the ultimate goal of a run for Sheriff in 1948. The constable was a civilian position with the powers to make arrests. At the time, the Sheriff’s Department still operated under a fee system, where Deputies and the Sheriff were reimbursed for arrests, transportation of prisoners, fingerprinting and other services. Although he did not win the 1948 election, he believes his campaign against the fee system helped to eventually end the practice in Lee County.