Southwest Florida Crime Stoppers is asking for the public's help tracking down the person responsible for abusing an eight week old puppy and tossing its dead body in a dumpster.
On Wednesday, April 22nd, a passer-by found the tiny mixed breed Chihuahua in a dumpster at the Brittany Apartment complex, located at 4050 Winkler Avenue.  Detectives with the Lee County Sheriff's Office, along with Animal Control, immediately responded and removed the female puppy from the scene. A necropsy revealed multiple signs of abuse that led to her death.
Late yesterday afternoon, and into the evening, investigators canvassed more than 300 apartments located within the complex to generate any leads, however the only information gleaned was that a witness had seen two similar looking puppies a few days prior. Now, Crime Stoppers is asking for the assistance of the public and local veterinary clinics, to help identify who owned the puppy and ultimately, whose violent actions led to her death. Flyers are also being distributed to residents in the area of the Brittany Apartments.
"Someone with the capacity to beat a tiny, defenseless puppy and discard its body in a dumpster like a piece of trash should not be walking our streets as a free person," said Trish Routte, Crime Stoppers Coordinator. "We are hopeful that someone saw something and will come forward so that detectives can ensure that justice is served and that this person is not able to injure another animal again."
Anyone with information on the owner of the puppy, or the person responsible for her death, is asked to call Crime Stoppers at 1-800-780-TIPS (8477). All callers will remain anonymous and will be eligible for a cash reward of up to $3,000. Tips may also be made online at www.southwestfloridacrimestoppers.com or by submitting a tip on the P3Tips mobile app. 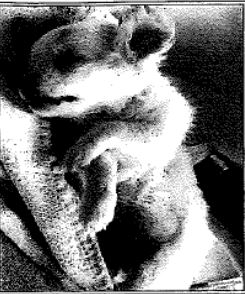